LEARNING ABOUT BOSCH- "THE WORLD’S LEADING BRAND OF TECHNOLOGY PRODUCTS”

In 1886, Robert Bosch founded the “Workshop for Precision Mechanics and Electrical Engineering” in Stuttgart. This was the birth of today’s globally operating company. Right from the start, it was characterized by innovative strength and social commitment. In this article, Hai Hung would like to introduce Bosch to customers with an overview angle:

Consumer goods and construction engineering include electrical appliances and accessories, garden tools, Bosch heat technology and interior equipment. Furniture products are the business link between Bosch and Siemens which earned 9.5 million USD in 2004. Auto-engineering is the largest business and accounted for 25.3 million USD of sales in 2005. This area consists of six divisions for the development and manufacture of auto-industry equipment and a separate division responsible for the product sale.

After the purchase of Buderus AG group in 2004, the industrial engineering business was split into automation, railway, packagingengineerings and this field’s sales reached 5.2 million USD in 2004. The total revenue of the group in 2004 was 40 million USD. 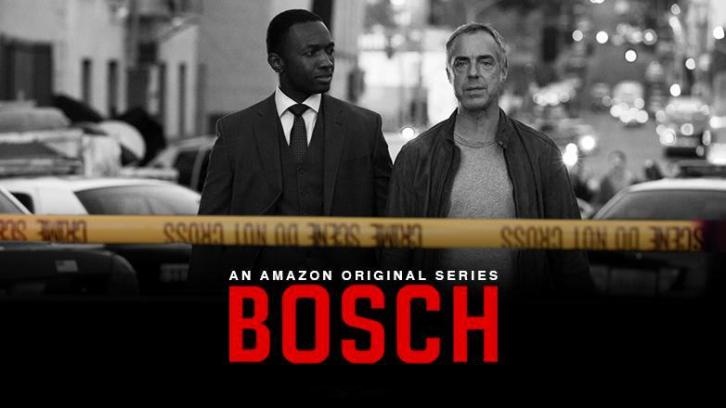 Bosch’s Market
ACHIEVEMENTS OF BOSCH BRAND:
Bosch is the world's leading brand in its market. It is one of the largest independent manufacturers of auto parts and systems. In 2003, Bosch alone registered 2,750 patents itself for new inventions, mostly in auto mechanical engineering, which proved that Bosch was a pioneer in the field.

Bosch is also one of the world's leading suppliers of packaging technology, with customers in the food, confectionery, pharmaceutical, chemical and cosmetic industries. In 2004, the acquisition of SIG Pack International system has increased the group's strong competitive edge in packaging technology. Bosch also leads the market in capsule packaging, where the process consists of stuffing round pills as well as different pills into capsules.

THE HISTORY OF BOSCH:
In 1886, ROBERT BOSCH opened a workshop on precision mechanics and electrical engineering in Stuttgart. In the following year, Bosch developed a low-voltage "magneto" ignition system used in gas engines. This system was used in internal combustion engines for fixed machinery of the inventor Gottlieb Daimler. In 1898, this was the first system to be used in automobiles, an event that marked Bosch's first development in the automation industry. Also in 1898, Bosch opened its first overseas branch in England. Nine years later, the Bosch Magneto Company Limited was founded on Oxford Street in London. Shortly after, production began in the UK.

This event established the foundation for Bosch's long-term business strategies in the UK and formed Bosch's position as one of the largest European investors, as well as an important producer and exporter in the UK. Bosch's main office is located in Denham, Buckinghamshire and holds a majority of sales and distribution activities in the UK. Other headquarters are located in St Neots, Worcestor, Stowmarket and Milton Keynes.

Hai Hung specializes in distributing Bosch equipment
The history of Bosch Group is the history of innovation and renewal. During the early part of the 20th century, Bosch continued promoting its business through the development of new products. In 1927, the diesel injection pump in cars was introduced and in 1928, the first electric appliance - an electric hair trimmer called Forfex, was marketed.

In the following year, Blaupunkt, a subsidiary of Bosch, launched its first in-carstereo in the world. This was the foundation for Blaupunkt's growth in the direction of leading the market ofin-car safety navigation and entertainment.

In 1933, Bosch began producing household appliances by launching a household refrigerator. In 1958, Bosch introduced his first washing machine, followed by a dishwasher in 1964.

Bosch Group always has a sense of awareness and social responsibility. The "Red Bosch" Foundation has been known for its concerns about social security.And Robert Bosch already set up an eight-hour working day before this law came into force. The Robert Bosch Foundation was established in 1964 and is now one of the largest organizations in Germany. The regulations of this organization are based on Robert Bosch's final wishes and testament, stating that company property must be used for the benefit of the community. This organization owns approximately 92% of Bosch's equity. By the end of 2003, this organization had used 630 million US dollars for charity purposes, primarily in the fields of public health, social work, international assistance, education, arts and culture, humanitarian activities as well as natural and social sciences.

During the 1970s, the company continued to innovate and in 1974, the maintenance -free ignition system in car was put into production. Following was the launch of the world's first jointed arm robot in 1976. The "SCARA" robot is known to be able to perform many functions from simple picking and placing moves to the most complicated assembly processes.

In 1978, Bosch introduced the Anti-lock Brake System (ABS), and now it has become a standard component, allowing the driver to drive in strong brake.

Bosch’s Anti-Slip Regulation system (ASR) was introduced in 1987. This system prevented the wheels from rotating at the beginning of the movement and during the acceleration on slippery roads. Since 2000, Bosch has increased its reputation in this area with the Adaptive Cruise (ACC) system, with the help of a radar detector that helps identify and calculate the speed of moving vehicles in front and maintain a moderate pace by acting on the brakes and motors. Ten million ESP brake systems have been sold since its introduction in 1995. Bosch is aiming to produce a "sensational car" with passive safety system which helps warn driver about possible dangerous situations.

Bosch's high-pressure fuel pump system helped the diesel engines to operate more efficiently, quieter and cleaner. In 2003 the mass production of the third-generation Common-Rail devices, using piezo inline, helped Bosch claim the position of a technology leader in the field.

Currently, the Bosch Group is one of the largest industrial groups in Germany. This group has many branches and joint ventures in 50 countries, with more than 193 manufacturing plants, 37 global business cooperation projects globally and more than 232,000 employees around the world.

BOSCH BRAND PRODUCTS:
The automation technologies and equipment from Bosch group can be found in almost every car brand in the world. More than 25 years ago, Bosch launched the 3S program (in German), which stands forsicher (safe), sauber (clean), sparam (economic), and continues to develop systems under this organization. The four largest areas of business in automation include fuel injection technology for petrol and diesel engines; safety systems for vehicles such as ABS and ESP; electronic devices such as starters, alternators and motorcycle motors with small capacity; and the multimedia vehicles with satellite navigation, CD players, MP3 players and accessories under the Blaupunkt brand.

Bosch's engine management system can meet the emission standards of the Euro IV standards, effective in 2005, which regulates the reduction of more than 50% of harmful emissions. The demand for diesel engines is increasing and Bosch is contributing to this success with high-pressure diesel pumps. From small cars to luxury limousines, these systems can be equipped with features such as high efficiency, quiet running and the best torque at all speeds, and also reduce the consumption of fuel and emissions considerably.

Bosch also produces one of the most comprehensive automated machinery products - from spark plugs to gasoline filters. As one of the Europe's largest manufacturers of vehicle diagnostic devices, Bosch Group presents comprehensive testing equipment, including microprocessor controllers.

With the aim at both consumer and professional markets, Bosch produces the suitable electrical tools for every job such as drilling, polishing, sawing and grinding. Bosch also markets electric tools under the brands ofSkil and Dremel alongside gardening tools under brands Qualcast and Atco. A range of Qualcast gardening tools includes tools forfence cutting, shredding, sawing and pruning.

In the thermal engineering sector, Bosch sells gas hot-water systems and combined pots under the brands of Junkers, Vulcano, Worcester and Radson as well as Bosch and Buderus brands.

The cooperation between Bosch and Siemens produces products such as washing machines, dishwashers, ovens, microwave ovens under the brands of Bosch, Siemens, Constructa and Gaggenau, Thermador for the consumer market.

Hai Hung Supplies security camera Bosch brand
Bosch brand’s security system
BOSCH AND RECENT DEVELOPMENTS:
In July 2004, Bosch's packaging technology, together with the acquisition of SIG Pack, allowed the group to become a full-service provider in the packaging equipment market. Also in 2004, the Bosch Group embarked on a new visual design with a new logo and slogan: Invented for life. The Bosch brand stands strong for high quality, reliability and durability. An improved and refreshed design will emphasize the dynamic and always changing characteristics as the image of the Bosch Group. The purpose of designing a brand new image is to maximize the potential of the Bosch brand and to remain consistent across all the brand’s products.
PROMOTION:
In the field of automation, the group has focused on promoting the ESP program. A marketing campaign was launched in the media as well as the introduction of ESP's benefits to consumers. There was also a race at Brands Hatch to display the ABS and ESP brake system on the racing tracks and serve press observation. The mechanical tools were advertised during peak hours on ITV, Channel 4 and Sky Channel, after the introduction of Dremel Cordless Lithium Ion product, using lithium-ion technology. Bosch was the first manufacturer to use this technology in wireless devices. The Worcester branded heating system had an extensive advertising campaign across the country, along with advertisements in trade and consumer magazines. And there were also advertisements on the website for motors as well as on radio.

BRAND VALUE:
The Bosch brand is always associated with excellence in technology, quality and innovation, and products designed with infinite intellectual resources. The new slogan "Invented for Life" is well-said for Bosch products. Robert Bosch, the founder of the group, said: "The best product can only be produced by high determination, kindness, and comprehensive tests, with modern technology and the best possible materials; and all these have created the Bosch brand". Bosch always exists with its core values, responsibility, assertiveness and determination, as well as openness and trust, fairness, trustworthiness, credibility and legitimacy together with cultural diversity.